Totalserve Management Limited has been honoured with the Cyprus Exports Award for the year 2015 during a ceremony held at the Presidential Palace on February 24, 2017. The prize was awarded to Totalserve by the President of the Republic Mr. Nicos Anastasiades, for the excellent services offered by the company to its clients worldwide. Totalserve was selected among many other companies in Cyprus providing professional services.

The award was received by the President and Vice-President of the company, Mrs. Eleana Economides and Mr. George Economides respectively.

Mrs. Eleana Economides commented: “We are very happy about this prize, as the quality of our services and customer satisfaction are the key goals of all our actions.  This prize, which is dedicated to our staff, reflects the commitment of Totalserve towards its customers to offer services at the highest level of professionalism. We are proud that Totalserve, in its own way, reinforces the image of Cyprus abroad and at the same time, boosts the economy of the country ". 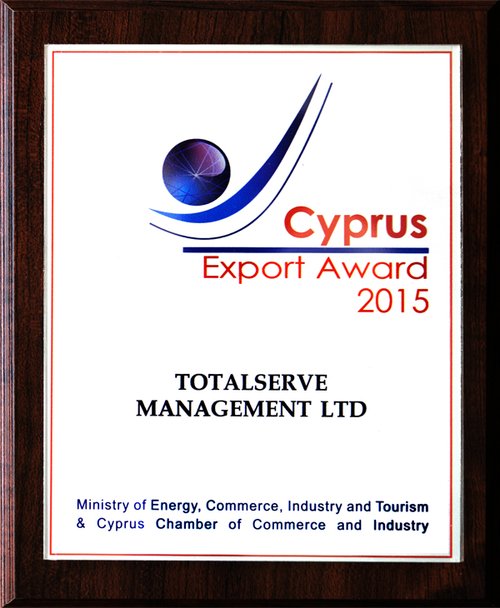